Call James or Sue now to arrange a visit to assess your storage needs.

The Blanchard family are 3rd generation farmers at New House Farm, Southmoor. James runs the farm alongside his brother and father with the able help of Susan in the farm office. James’s grandfather purchased the farm after a career in the Army then in farm management. The farm was renowned for being the only Hop farm, ever in Oxfordshire (and formally Berkshire) – the hops ceased after over 100 years in 2013. Now, Barn Store occupies the space the hop picking machinery took and is run as a diversification business alongside the mainstream cereal growing and pig enterprises.

At New House Farm, wheat for milling, barley for malt and oilseed rape for cooking oil are grown each year culminating in a busy harvest period on the farm. Pigs are the other agricultural output. Pigs are breed and finished then sold via a cooperative to supply various supermarkets and processors.

The Blanchard family are enthusiastic about conservation of the countryside. They actively encourage a range of wildlife and biodiversity measures on the farm to ensure their protection amongst the commercial crops. Stewardship of the countryside on the farm has included leaving areas on the farm uncropped to create habitats, the management of hedgerows, the protection of watercourses and management of a flood plain of a major tributary of the River Thames. In 2016 alone they have planted two new woodlands totalling over 6000 trees and planted approx. 1 km of hedgerows in 2015/16.

Renewable energy also features in the Blanchard’s business. They have installed a 200kw biomass boiler and 100kw of solar PV panels to provide green energy in the form of heat and electricity to two farmhouses, two cottages, two flats, a stable yard and three office units. The boiler uses locally sourced timber thinnings and recycled wood.

Barn Store is a new diversification business on the farm in the former Hop building which has now been converted to form a very smart, clean, professional self-storage facility. Situated in the heart of the Vale of the White Horse, conveniently just off the A420 and A415 it is the ideal safe storage location in the beautiful countryside. The facility provides a first class service to local villages of Southmoor, Kingston Bagpuize, Charney Basset, Fyfield, Longworth, Stanford in the Vale and many more without traipsing into Abingdon, Oxford or Didcot – or crossing the dreaded A34! It really is ideally located for anyone self storing in South Oxfordshire.

James would be only too happy to chat to you about the farm which he is so passionate about and take your enquiry of self-storage on the farm. 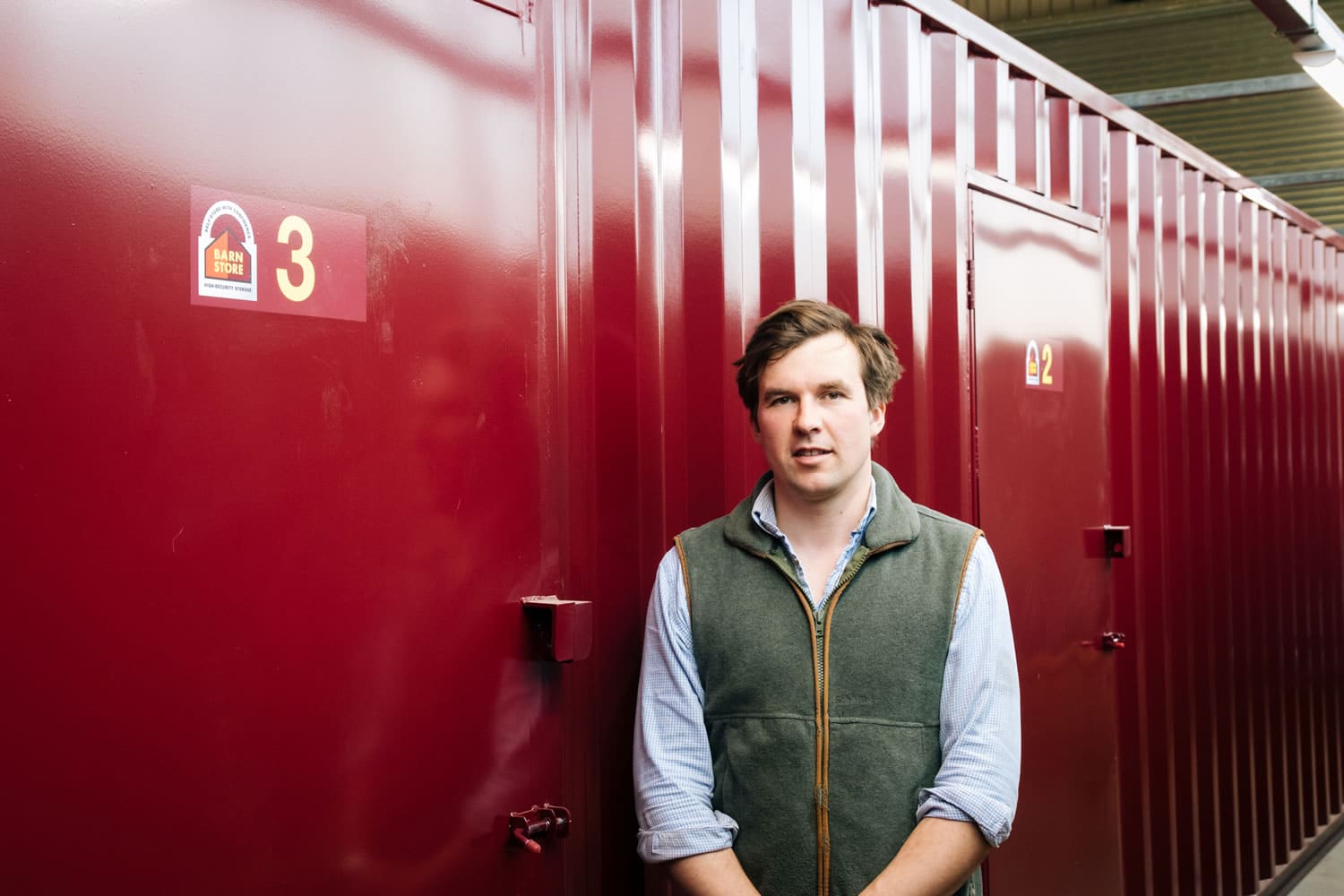 Have a question for Barn Store Wantage?

If you would like to arrange a visit or have a question regarding Barn Store Wantage, please complete the form. We will be in touch as soon as we can.

Barn Store was a completely hassle free experience. The rural location made it very easy to make multiple trips even on a Saturday without fighting our way through town traffic.